This segment is attributed in part to Professor A C Partridge, University of the Witwatersrand, Johannesburg (Circa 1960)

Late Eighteenth Century
English literature in South Africa commenced with the first occupation of the Cape by the British in 1795, when Andrew Barnard, Secretary to the Governor, Lord Macartney, brought with him his gifted wife, Lady Anne Barnard (née Lindsay; 12 December 1750 – 6 May 1825).  She was a charming hostess, and endeavoured to be friendly to all sections of the people.  Her Letters and Journal are a lively account of the social life of a gracious colonial period.  She had a warmth of natural sympathy unusual in the more austere colonists who made up the band of 1820 settlers.  Lady Anne  was a Scottish travel writer, artist and socialite, and the author of the ballad Auld Robin Gray. Her five-year residence in Cape Town, South Africa, although brief, had a significant impact on the cultural and social life of the time. 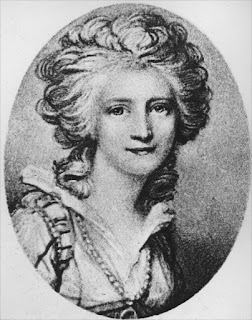 With Lady Anne, came another Scot, Thomas Pringle, best described as a Christian Socialist.  Pringle made his mark as a poet, educator and polemist, an advocate for the emancipation of slaves and the freedom of the press.  His poems, such as Evening Rambles and Afar in the Desert, are better known than his Narrative of a Resident in South Africa.  Both poetry and prose are dated in style and of uneven literary merit; abounding in moral sentiments and 18th century pictorial felicities of phrase.  More important than anything else, Pringle was known as the father of South African poetry.  He was the first successful English language poet and author to describe South Africa's scenery, native peoples, and living conditions. 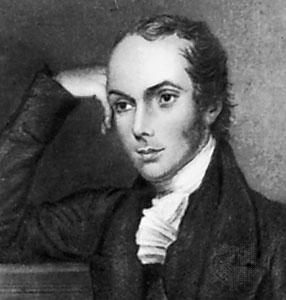 The Nineteenth Century
The pioneer period of the 19th century terminated with the work of a woman of genius.  Olive Schreiner had the advantage of being a child of the soil and of intelligent, if unfortunate, parents.  The Story of an African Farm (free e-book) grew out of her lonely self-discovery on a Karroo farm where she was employed as a govenress at the age of 18.  Olive Schreiner's greatest book is said to be Thoughts on South Africa (free e-book).  It is a socio-historical work of immense insight, racial understanding and prophetic fulfilment.  [Full disclosure - I personally never enjoyed Schreiner's work which I found to be self-indulgent in the extreme.]

The Twentieth Century
The 20th century saw a new phase in South African English literature, in which imagination began to replace observation.  Considerable impetus was given to creative activity by the importance to the nation of Union in 1910.  South African literary associations arose; but the optimism of this solidarity was rudely broken by political divisions, out of which, however, Afrikaans literature was formed.  The first decades produced two books of pioneering altruism in Sir Percy Fitzpatrick's Jock of the Bushveld. The story is a beloved South African classic to this day.
The other book is Kingsley Fairbridge's Story of Himself, books with the merits of simplicity, sincerity and manliness, typical of a nation still in adolescence.

In the years after the conclusion of World War II, South Africa produced in English a more vital and distinctive literature.  Fiction became largely preoccupied with the racial question - Alan Paton with its deep tragedy, Peter Abrahams and Dan Jacobson with its inhumanity and injustice.  Cry the Beloved Country (free e-book) must be classed with The Story of an African Farm as the most powerful works of fiction to have come from Southern Africa until the middle of the 20th century.