Afrikaans - Its Origin and Development


A
(Historical stories about people, places, animals of Southern Africa from the recorded works of Eric Rosenthal in his Encyclopaedia of Southern Africa, published by Frederick Warne & Co. Ltd in London in 1964.) 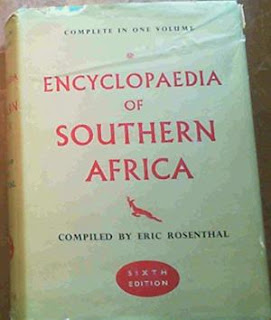 In the segment for my ‘A’ day, there are many little-known gems such as references to the Netherlands of the 17th century having no uniform written or spoken language; the variety of nationalities which settled in South Africa in the 17th century and references to slaves – all of which will be covered on their appropriate days.

Afrikaans - Its Origin and Development - Extract
[by J. Smuts, MA, PhD (Cape Town), Rhodes University, Grahamstown with my insertions denoted by { } ]
“Afrikaans is the youngest member of the Germanic group of languages and, like Dutch, English and Frisian, it is Western Germanic.  It originated from the Dutch dialects of the 17th Century and developed into a separate language during the century and a half of the rule of the Dutch East India Company at the Cape of Good Hope, South Africa {beginning with the arrival of Jan van Riebeeck on 6th April 1652}.
This evolution within such a comparatively short time has aroused great interest amongst philologists, and widely different theories as to the origin of Afrikaans have been held.  Owing to the absence of written records, these theories were based largely on indirect evidence, such as historical facts and references in travel books to the language spoken in the country districts.
An important fact to remember is that when the settlement at the Cape was founded, the Netherlands had no uniform written or spoken language and that the first Dutch colonists spoke different dialects.
The French Huguenots who came to the Cape in 1688 were followed after 1691 by many German settlers.  The Dutch also came into contact with the languages of the Hottentots, of slaves from Angola, Guinea, Madagascar and Malaya, and the broken Portuguese of the Eastern slaves.  Except for vocabulary, however, there is hardly any trace of direct influence of another language on Afrikaans and Dutch remained the dominant language, which was in due course adopted by the foreigners.  Some consider evolution to have been spontaneous and accelerated by the mixing of dialects, remoteness from the mother country and the almost complete absence of conserving influences such as schools and literature.  In the main the dropping of inflexions in Afrikaans and be explained, as in English, by the unchecked working of analogy and a few sound laws or tendencies, to some extent already active in the 17th-century Dutch and Low German dialects.  The broken Dutch of the foreigners, who outnumbered the Dutch during most of the Company’s rule, may also have simplified the language of the Dutch colonists.

By 1919 Afrikaans had been recognised as an official language of the Church by all the Dutch Reformed Churches and, in 1933, a complete translation of the Bible in Afrikaans was published.”
Posted by Fe at 12:00