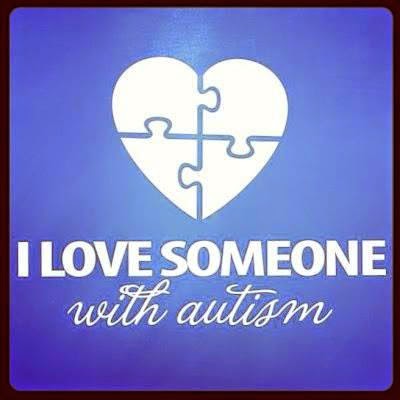 I missed World Autism Day but living with someone who is autistic isn't only for one day, so this is for my nephew, Kyle and his wife, Emma who have the honour of having being chosen by God to share their life with their wonderful son, Thomas (who is autistic) and their daughter Amelia.  What this is doing for my family is teaching them how to think very differently from what is considered ‘normal’ in today’s world.

They are, in a very real sense, getting a glimpse into how God views us.  From 1 Samuel 16:7 we get this gem on God’s choosing of David to be King over others who were viewed by the prophet Samuel as being acceptable to be king of Israel.

I used Thomas’s ‘Dancing Satsuma Peel’ in my poem for ‘D’ (Dear Addict) for the April A-Z Challenge to describe a punch to the midriff, not knowing it was, in fact Thomas's work.  However, this is a much better story.

Emma, Thomas’s mother and my darling niece-in-law (if there is such a thing.  I think of her simply as my niece) wrote the following message on my Facebook page:

“Thomas's dancing Satsuma peel.  I would be honoured to just share the thoughts of an autistic child for just one day. They look at the world as the world is.  It's raining cats and dogs, while we "get" that it means it's raining really hard.  Why don't we just say that?  That freaks an autistic person out, but if it DID really rain cats and dogs it would totally freak us all out! I think that they are more in tune with life and it's us that have a skewed outlook that sadly makes us "normal".  Think outside the box, as autism parents we have to do this every day.  It's a pleasure to do so.”

So, here it is; a special poem for Emma, Kyle, Amelia and most particularly for my precious nephew, Thomas...

When you look at me
What do you see?
Do you know what I am?
No, I’m not eggs and ham

No, No, No
Look low
Say I
And then again look high

Keep moving your eyes
Watch it fall and then rise
Soon you’ll say, ‘Why, Yes I can’
It’s the Dancing Satsuma Man

What a moment, what fun
See him dance; see him run
It’s the little peel man
The Dancing Satsuma Man