Forest Finery - UPDATE with The Painting by Brian Rolfe

My inspiration comes from so many sources.  This painting by artist, Brian Rolfe, inspired today's poem.

On rare occasions one stumbles upon a person whose genius is so manifest in everything he or she does that one wonders if they are truly aware of the extent of their genius. A number of months ago, I was privileged to begin following one such genius. His name is Brian Rolfe and his art is an absolute wonder to me. Every painting I've seen speaks to my very soul and I would never say that lightly.

As usual this latest painting by Brian is magnificent and was posted on his facebook page (https://www.facebook.com/artbrianrolfe). It was this painting which inspired me. I truly hope I can do it at least some little bit of justice. 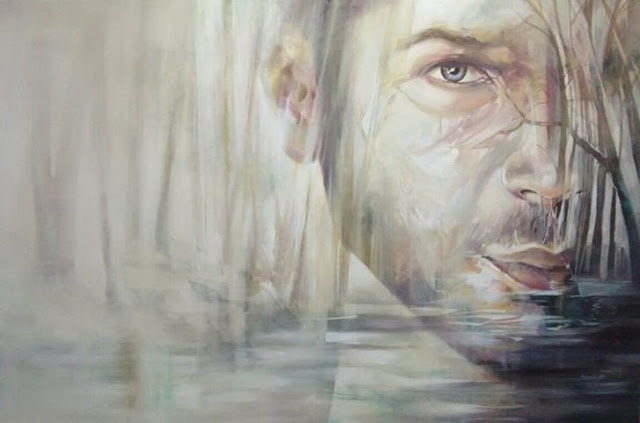 Awareness pummelled the fragments of his mind
He knew this place better than he knew his life cue
But where was it, this mirage of life’s true meaning
Which quenched his thirst to make him hunger anew?
Posted by Fe at 22:42