For a while now I’ve been considering the physical, mental and particularly emotional states in human development as people grow older.  Of course this has nothing at all to do with the fact that I have now reached ‘an age’ and by virtue of that advanced state, as in days gone by, I would be considered to be a ‘Wise One’ or other not-so-pleasant titles. :)


There are very many verses in the Bible which deal with God’s Emotion and His Love for us. Here is another of them:
“Psalm 136:26 Give thanks to the God of heaven, for his steadfast love endures forever.”

We are made in the image of God and as with Him, I believe that our emotional states and emotions themselves, endure forever. If we consider the eventual collapse of our physical and, in a lot of cases our mental ability, and compare it with the enduring ability of emotion, 1 John 4:17 makes perfect sense, particularly the italicised section.
“Herein is our love made perfect, that we may have boldness in the day of judgment: because as He is, so are we in this world.” 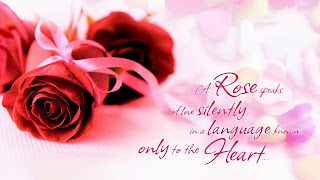 The States of Being
It's quite apparent that ageing of the Physical State is the most visually noticeable one and is obvious to the eye even when one doesn’t take into consideration genetic or other illnesses – people’s bodies age as a natural process.  One’s body gets to a point where, as willing as the mind may be to perform some task, the body is just not up-to the task.  There are always exceptions of course but this is true as a general rule.  One’s hair begins to grey or fall out and also begins to appear in the most unlikely of places – who knew that hair would find the inside of men’s ears to be so attractive a place to grow?; despite all superficial remedies known at the moment, one’s skin begins to wrinkle and develop all sorts of odd-coloured and -shaped pigmentation; then there are the more awful manifestations where cartilage and bone just doesn’t work as effectively any more, causing breaks from falls which would never even have caused a bruise earlier in life; and, instead of being able to hurl hay bales as easily as a twig as was done in youth, picking up heavy items is more likely to cause back problems than to strengthen one’s back muscles as was the case in younger days.  The list goes on.


The ageing of the Mental State is generally not that noticeable.  This is the State in which alertness is most active up to the age of seven according to all studies which have been done in this arena.  After that, brain activity tends to slow down - it’s pretty much a downhill momentum from then and, unless a concentrated effort is made to constantly stimulate the brain, the slow-down can sometimes be complete before the end of one’s life.  This is very sad but it’s a reality with which a lot of people have to deal.  Alzheimer’s disease and senility are very real factors as one travels along the age continuum, so deliberately doing whatever is necessary to keep one’s mind active and focused is a good idea.


The ageing of the Emotional State is the state which fascinates me most.  Emotions are more potent than anything else in the human realm.


As an example, I’ll concentrate here on the specific emotional state of what we know as ‘being in love’.  Paradoxically, this state is dependent on the other two states to a very large degree.  Although genders differ, in the early stages of life there is no discernible difference between male and female except for the different genitalia – physically both age in the same way; mentally both are like brain-sized sponges and absorb inordinate quantities of knowledge; and emotionally both begin to experience love, hate, jealousy, compassion and so forth.


Later on, as the body grows and develops Physically, it attains puberty.  At this stage male and female become two distinctly different emotional beings and both enter into the biological awareness of the elemental reason for existence – procreation.  At this stage, Mentally, the mind discerns and targets those whom it considers likely candidates to share to fruition the culmination of procreation.   This is where the Emotional state of being in love begins to come into its own.  For a while and, until emotions settle down to a reasonable state of harmony, emotions jump up and down and in every possible direction.  This is quite normal, even if it is alarming and bewildering for young people at the time.


Once the initial tumult of puberty is over, and everything that goes with it is aligned, the human being arrives at a time of emotional completion.  Couples fall in love for the first time, an unquestionably emotional experience, which then influences the physical and mental states until the three states conjoin.  The physical states of both parties desire and seek physical contact with each other; mentally their thoughts coincide more often and emotions cause physical manifestations such as rapidly beating hearts, stomach-wrenches and difficulty breathing, while thoughts of each other overwhelm their minds almost to the exclusion of everyone and everything else.  A simple light touch will cause the burgeoning physical, mental and emotional states to engulf them once more.
Here’s where my fascination with the powerful Emotional State comes into its own. Unlike the Physical State, where the body ages and this is exhibited for all to see; and the Mental State which slows down as it ages and, in many cases, degrades quite severely; the Emotional State, once kindled, remains as powerful a force at the end of one’s life as it was in the beginning.   Love, that most powerful of all emotions, causes people to perform acts and services which would, if not for love, be quite unbelievable, such as the act of a person laying down his life for another (John 3:16). The Emotional State has the power to reignite the very powerful physical desires and mental thoughts attached to the emotional state each and every time a person ‘falls in love’, regardless of whether the person involved is 12 or 102.


I still have to explore this a bit more but, my initial conclusion must be that, as we are told in the Bible, Love (emotion) endures forever and is, therefore, stronger than anything else in the human experience!  There is much to support that we are indeed all Emotion, temporarily housed in fragile and transitory physical and mental states.