I thought a thought

As we head towards the end of 2013 and into 2014, I'm revisiting a thought I thought a while ago. It's not a new thought; nor even a unique thought but, for me, it is a thought which bears thinking about. (That sounds like something out of Winnie the Pooh).

How about a different concept where we all stop 'fighting' for a cause because, quite seriously, the 'fight' is what we'll perpetuate?  Our brains are weird that way, they recognise our mood over our intentions and if it's a fight we want, a fight is what our brain will deliver.

I'm not saying this will be something which is easy by any means.  In fact, it will probably the the most difficult endeavour I've ever undertaken but I do believe it is worth the effort.

How about rather than joining a fight for a cause which is dear to our hearts, we work on giving daily thanks to our Lord for the outcome we want?  Such as:


Although I am really going to work at Praying for Change in 2014, I think I should clarify that I don't and won't sit on my posterior doing nothing.  God requires us to be involved and make a difference where we can.  It's the wording which has become so ubiquitous that is so dangerous.  Everyone, everywhere talks about "fighting" and "struggle" for whatever they're wanting to change.  In my small life, I'm changing those words to "praying" and "expecting", that's all...

I am actively involved in rescuing animals in distress;
I work in my local community to improve and maintain our suburb;
I am actively involved with my political party of preference in our district; and
I am very environmentally aware and am a good steward of what God has put in my care although I absolutely don't and never will buy into the hypey-hopey 'climate change' religion promulgated by Gore and espoused by corrupt regimes throughout the world. 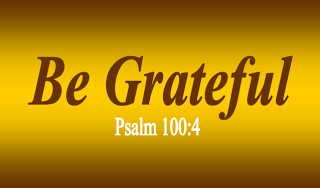 In any event, that's a concept I intend to embrace and will work on during 2014!

For now, I am grateful that our family is happy, healthy, prosperous and safe.

Have a Blessed, Healthy and Prosperous New Year.

May your life be filled with Joy; your heart filled with Love; and your mind filled with God's Peace that passes all understanding!