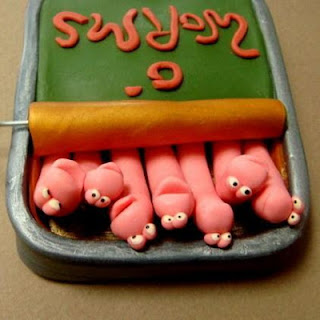 Tuesday is the third day of the week.

Well, in my life it is because I still adhere to Sunday being the first day of the week.  In order to once again completely confuse people, the 'new international standard' has apparently decreed that Tuesday is now the second day of the week.  They are welcome to do so, I simply won't do it - pretty much as I use the (now very 'old fashioned') acronyms 'BC' and 'AD' to define years and eras and not the 'new international standard' of 'BCE ' Before Common Era and 'CE' Common Era (whatever that is supposed to mean).

There is much to be said about living within one's sphere of influence rather than concerning oneself with quandaries completely out of one's control.  Still, when I am impacted by such decisions, I need to rant a bit.  I'll feel better tomorrow, on the fourth day of the week.  :)

On reflection, I'm very happy with my life.

If I were to look
Back into my past
What would I see?
A multitude of hopeful
Cheerful interludes
Dusted with
The Unremarkable

Would I change it?
The past
I see?
The Unremarkable?
No!
Not now!
Not ever!

If I were to look
Back into my past
What would I see?
Myriad buoyant
Joyful intervals
Many more familiar
Unexceptional phases

Would I change it?
The past
I know?
The Unremarkable?
No!
Not now!
Not ever!

For my past is
Me!