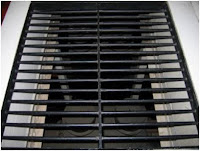 This is an advertisement (and an unashamed one) for my Epic Fantasy, ‘The Daighacaer’ (“Day-gar-care”); of which Book I, ‘Escape From Mount Vilipend’ is almost complete and ready to be sent off to various publishers. I am exploring e-publishing but first prize would be print. Old-fashioned I guess.

As my contribution to the A to Z Challenge, I’m inviting you to join me on a journey – a mystical, fantastical journey spanning aeons and aspects; nadirs and zeniths. On this journey, there is adventure, intrigue, mystery and wonder with banloghs, blade dragons, darzim, grolls, orshawm and others; and you’ll be introduced to a band of unlikely heroes who battle ‘aberrants’ for their freedom and for the survival of their Realm. I hope you’ll enjoy spending time with me.

I’m having difficulty trying to explain what an Aspect really is. I’ve put down some thoughts but would appreciate any help I can get in this particular area. This definition affects the whole series because it defines the essence of the experiences through which my characters go.

In my series I really want to get across the ease with which inter-dimensional reactions naturally occur daily, even in our own lives.

So, this is what I’ve thought of so far:

Aspect – Definition: In the Realm of Faeré, as in every other Realm in existence, there are many Aspects. The Human Realm has defined these Aspects as ‘Dimensions’. An Aspect is almost like having an intertwined helix of thoughts and experiences all occurring simultaneously with mortals being only able to assimilate a miniscule portion of the whole.

Aspect – Description: A ‘dimension’, although partially acceptable as an explanation, is a linear measurement. The elemental component of a dimension has certain components of Aspects in it but not the whole. Humans speak of three, four and sometimes even five or six dimensions where, in fact, there are countless manifestations interwoven into the fabric of the Aspects of life.

Aspect – Example: Throughout ‘The Daighacaer’ series, many aspects of ‘Aspects’ are explored.
Here is one example which peeks out at us in this interaction between two heroes towards the end of Book I, ‘Escape from Mount Vilipend’ where Urus’s lady love has essentially been ‘abducted’ and this is one of the possibilities being explored by the two friends in their quest to find her.

To give a little bit of background: A group of a few thousand strong escaped Mount Vilipend after terrible hardships and were on their way to a Realm which The Lighte had informed them would gladly welcome them.

In the following segment, what happened was that Urus and Tiraeche (“Tir-esh”), were quietly enjoying an evening chat when three women appeared out of nowhere. After an altercation, Tiraeche was escorting the women to her tent when they all simply disappeared.

“The fact that they appeared out of nowhere is strange to say the least, but I do seem to recall that The Watchers are able to cross Aspects and can, to all intents and purposes, be standing right next to a person without that person knowing anything about it.”
“Well, that just made my skin crawl, Weda’Sel” said Urus.
“I know, Urus. It doesn’t make me feel any more comfortable than you, believe me. I mean, they could all be right next to us and listening to us as we speak and we wouldn’t know.”
“Weda’Sel!” said Urus with a frown.
Weda’Sel smiled. “I was trying to lighten our mood but there really is a possibility of that happening; they are The Watchers, after all.”

Throughout the series, I explore a variety of signs which consider the possibility of transitioning between and amongst Aspects.  In this short synopsis, I've put forward the possibility of life and lives passing easily through Aspects where some in a different Aspect are able to see and hear what is happening in another Aspect; where it is possible for one to cross from one Aspect into another without even realising that this is happening; and where reality can be altered between Aspects to manifest what we would consider to be the bizarre.