[Continuing the theme of my Epic Fantasy, ‘The Daighacaer’ ("Day-gar-care"); Book I, Escape From Mount Vilipend]

If there is one overarching theme through Escape from Mount Vilipend, it is Hope. What other explanation could there be for thousands of mortals living through unspeakable horrors in an icy, dark fortress for years on end? When they were rescued, most were emaciated and were unable to walk or see properly in the light. They were then subjected to months of travel through unbearable conditions as they traversed the icy wastelands they had to cross in their escape and still they continued on to a vaguely described destination, not even knowing if they would ever reach it and many didn't.

This short extract gives a much better explanation than I can of what I mean by Hope being the overarching theme. 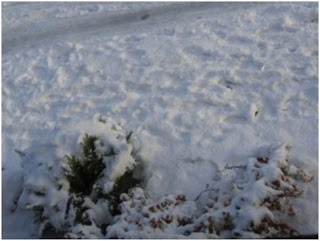 “Their journey was a struggle in almost impossible conditions, which had already resulted in so many of their number not surviving. Their bodies lay buried deep under the snow. Wherever possible their bodies had been covered with layer upon layer of rock.

At least in their final resting places their bodies would be afforded a dignity which they would never have found at Mount Vilipend. Yet, even the knowledge of those whose lives had, at least, been afforded final dignity, didn’t lessen the pain Weda’Sel felt for each lost person. “Dignity in death is such an empty dignity” he told Tirǽche (pronounced ‘Tir esh’) one day after three of the people had been buried.

“That’s true, Weda’Sel, but it’s a dignity nevertheless. Think for a moment. If anyone died in those disgusting pens, their bodies were left to rot or, more likely, became groll food. I don’t believe there is one person who would trade what we have now for what we had then and remember, if we had still been within Mount Vilipend, many more of us would have already died. We may be colder and more uncomfortable than we were, but that’s only by degrees. We are free, Weda’Sel and those of us who, unfortunately, do die before we reach our destination, are dying as free people. That in itself is a dignity.”
Posted by Fe at 17:09