Zero and other Zeds

Thus arrives Day Zero of the A-Z Challenge.  Thank you so much to all the organisers and to those who kept chivvying us along to complete each day’s blog.  I actually found the zest to write each day as opposed to writing a whole lot of entries and scheduling them.  I will do the same for the next Challenge, God Willing.

Thank you for travelling this journey through my book with me and I do hope you have enjoyed the glimpses of my heroes’ story.  Through the excerpts I’ve shared with you, I’ve taken you to almost the end of Book I, ‘Escape from Mount vilipend’.

At this point, where I and my band of heroes leave you until all is revealed on publication, all I can say is that everything and everyone (and that includes proponents for both sides of the spectrum) remain subject to the zeitgeber principle.  [World Book Dictionary – German – zeitgeber, literally means ‘time giver’:  ‘any time indicator, such as light, dark, or temperature, that influences the workings of the biological clock’].

Incidentally, have I left any loose ends?  Let me know what you think.

Here are some of the aspects which need to be tied up that I can think of off the top of my head.

That’s all from me for this Challenge.  It’s been a delight and I am so very happy that I managed to complete it.  I have made so many new friends and found so many wonderful Blogs to enjoy over the next year. 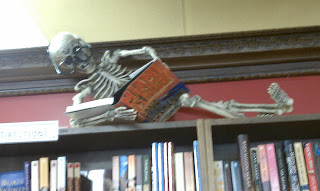 OLD HABITS DIE HARD
Old!
Too old!
They told me I was too old!
Habits of a career
Embedded within my soul
I
Die a daily death
As I tread the familiar
These
Hard concrete corridors
Of my discounted memories
Posted by Fe at 07:18